I'm launching a podcast! Here is the first episode with Sebastiano Mandalà 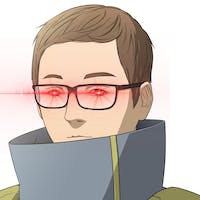 Subscribe to my newsletter and never miss my upcoming articles

For those who follow me on my Telegram channel, I hinted that I was considering to make a podcast and here it is 🚀🚀🚀

It's obviously aimed at software engineers, programmers, and computer scientists. And in every episode, I'll put one of the best engineers working behind the scenes in the spotlight.

Well I thought we, software engineers, are lacking podcasts discussing our journeys, challenges, quests, ... There are tons of blogs but very few podcasts. So here we are 🔥🔥🔥

Ok, so what is this first episode about?

I am receiving Sebastiano Mandalà, the CTO of Freejam, an award-winning indie game studio based in Portsmouth, UK.

He is also the author of the C# ECS framework: Svelto.ECS

In this episode, we discuss his thoughts process and experience who brought him into ECS (Entity Component System). And then discuss the challenges and advantages of using ECS in game development.

He also defends that ECS is not a pattern, an optimization tool, or either a framework. It is a paradigm that can be used in languages like C# or C++ which are multi-paradigms languages.

And subscribe to the podcast! Next episode on May 22nd.